Back in the 90s we spent Easter weekend on Chincoteague Island, home to the wild horses made famous in Marguerite Henry’s “Misty of Chincoteague” books.

The Maryland herd, or Assateague herd, is owned and managed by the National Park Service and, other than contraceptive and emergency medical treatment the Maryland herd is treated like other wildlife, with no special attention or treatment given to them.  They’re one of the last free-ranging feral horse herds in America.

The horses are quite beautiful and seem oblivious to the tourists around them.  We saw many of the horses around the island, usually from a distance, but we did have the opportunity to see several of the horses grazing along a bike path.  While they may seem harmless, it’s important to remember that they’re wild animals and can easily run over a nearby person.

Here are a couple photos of the horses from our visit to the island. 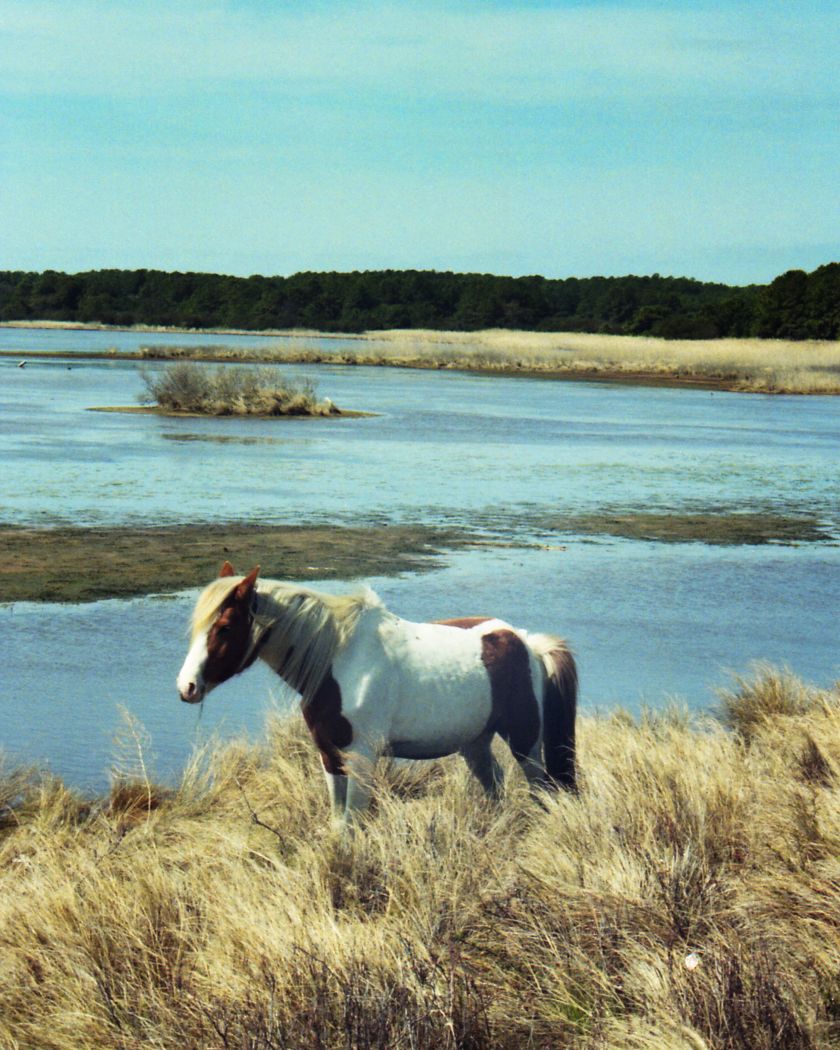 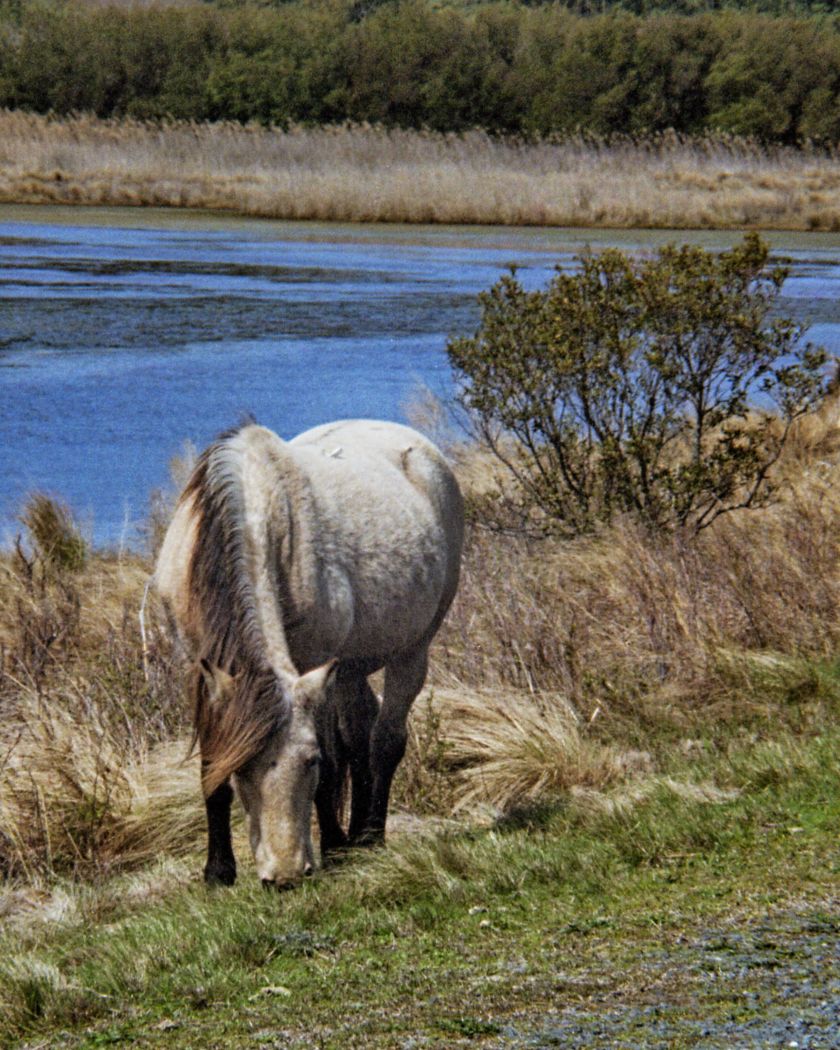