Our final port on the Alaska cruise was Seward, a town of just under 3,000 residents on the Gulf of Alaska. Seward is the ninth most lucrative fisheries port in the United States and the harbor was full of fishing boats. 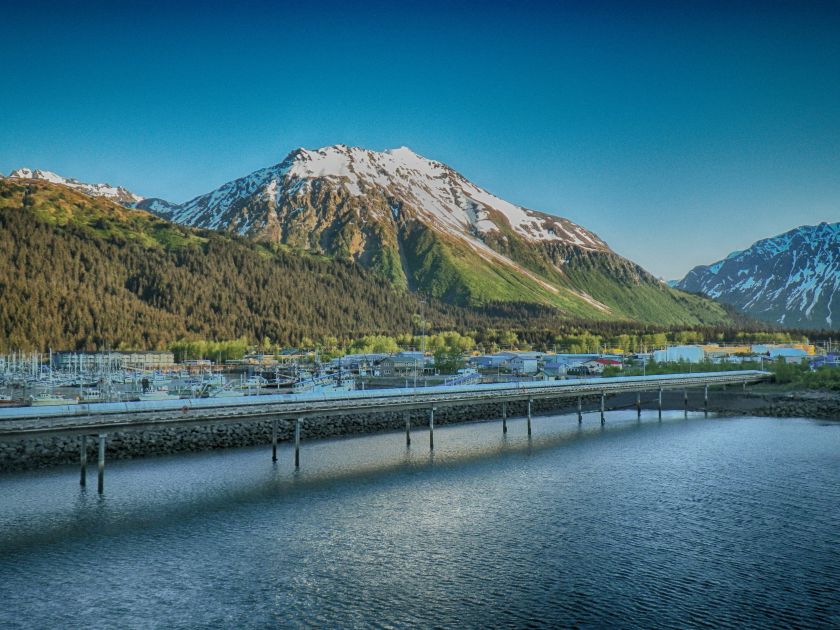 Fifty years after the 1964 earthquake that devastated Alaska from Anchorage to Seward there are still signs of damage.  The land dropped six to eight feet and was flooded with salt water.  Along the highway you can see “ghost forests” of trees that were killed by the salt water.

Just five miles from Seward the highway passes through the Chugach National Forest.  Alaska.  The trip to Denali passes through some truly beautiful wilderness areas.  The largest state in the country, Alaska is also the most sparsely populated state, and has relatively few highways.  Most of the population of Alaska live in the coastal regions, so much of the interior of the state is wilderness.  It seemed that everywhere we looked there were beautiful vistas. 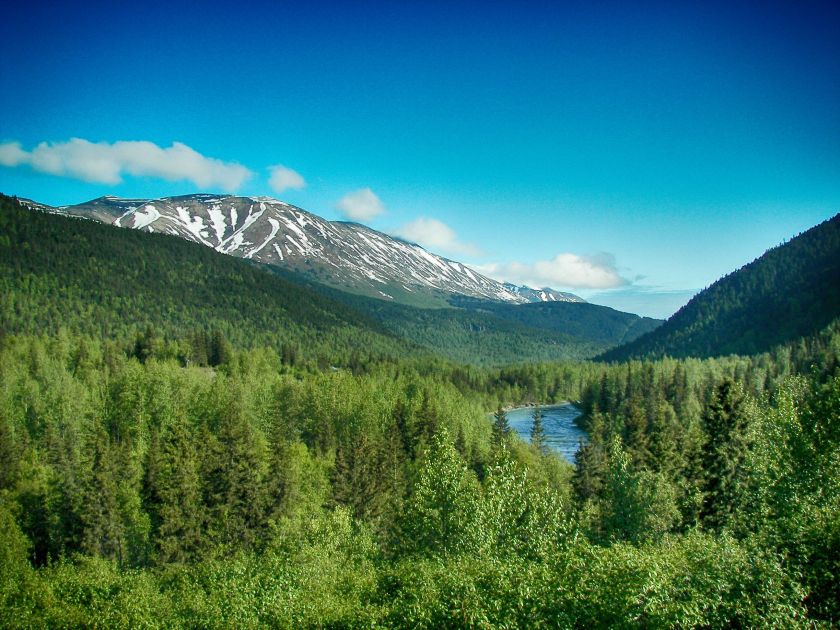 Our trip took us along the Turnagain Arm, a waterway running inland from Cook Inlet, and the location of the second highest tides in North America.  Tides can reach forty feet and come in so quickly that they form a wave called a tidal bore.  The bore can be dangerous if you’re caught unaware when it comes in, but it is also a favorite with kayakers and surfers who like to ride the wave as an extreme sport.  Our trip did not let us witness the tidal bore but Turnagain Arm is quite beautiful, with high and rugged lining the north side of the Arm.

We stopped for lunch in Palmer, Alaska, in the Matanuska Valley.  During the Great Depression the U.S. government began offering families the opportunity to move to the Matanuska Valley as a way out of the hardships of the depression devastating the country.  Each family who relocated was offered forty acres of land.  All they had to do was build a house and farm the land.  The valley is well suited for dairy farming and vegetables such as potatoes and cabbage grow well in the valley.

The experiment was not very successful.  The climate, while mild by Alaska standards, was much harder than many of the colonists were used to, and by 1940 over half of the original families had returned home.

We still had a few hours before reaching Denali.  This final stretch was where we saw our first moose, two of which came out of the woods and ran along the highway for several yards.  We were to see several more moose at Denali.

Finally, we reached our destination, the McKinley Chalet Resort.  Located along the Nenanha River, the location of the resort is quite beautiful.  The cabins were rustic yet comfortable and the scenery was awe inspiring.  The land around us changed literally overnight.  When we awoke the after our first night the mountains behind our cabin were covered with a fresh snow.   It was beautiful. 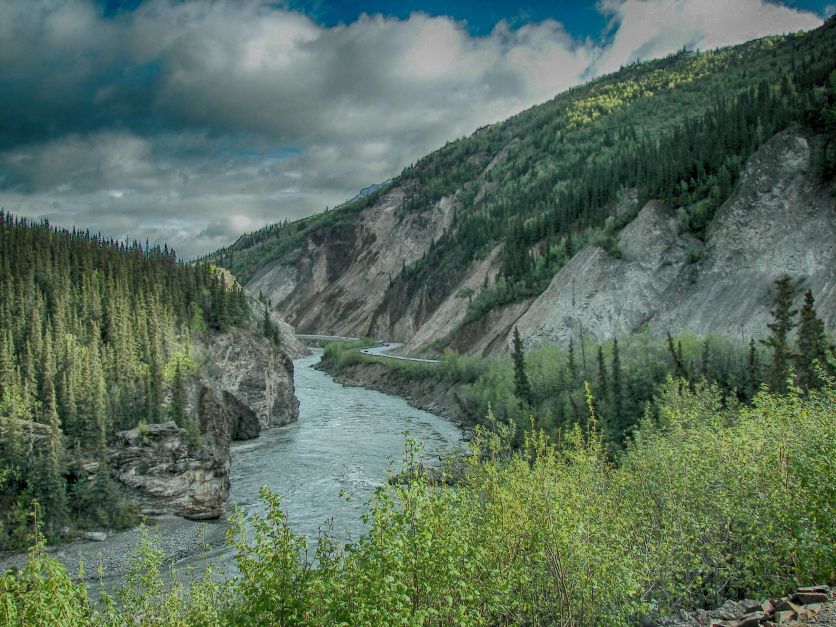 Denali is pretty remote as far as destinations go, but we were to experience firsthand how small the world can be.  The first evening we went to Karsten’s Pub, a new restaurant at McKinley Chalet.  Our waitress was a young lady from Marietta, Georgia.  Marietta was our home for many years before we relocated to North Carolina.

While our Alaska adventure was nearing its end, we still had two days and enjoyed two great excursions, a visit to the National Park Service sled dogs and the Tundra Tour, a bus excursion that took us deep into the park.