Aveiro was one of my favorite stops on our visit to Portugal.  It’s a beautiful city with a long history.  It also has a lively feel, which I think can be at least partly attributed to the University.

We stayed at the Suites and Hostel Cidade Aveiro, a beautiful little hotel next to the Aveiro Museum and just a few minutes walk from the canals. It was a great location for exploring Aveiro on foot.

Aveiro is known for its canals, on which moliceiros, formerly used for harvesting seaweed, now provide tours of the city.  Once a thriving seaport, 16th and 17th century storms blocked Aveiro’s access to the Atlantic Ocean.  Access to the ocean has since been restored and the city is once again an important seaport.

There were a  lot of things to see and do and we didn’t let periods of rain stop us.  Next door to our hotel was the Mosteiro de Jesus, the beautiful 15th century convent where Princess Santa Joana spent the last years of her life.  It’s now the Museu de Aveiro and home to the princess’s tomb.

Next to the convent is the Sé, or cathedral, of Aveiro.  The 15th century baroque church is quite beautiful and has been a Portuguese National Monument since 1996.  We spent quite a bit of time exploring the church, its bookstore, and the incredible cemetery behind the cathedral. 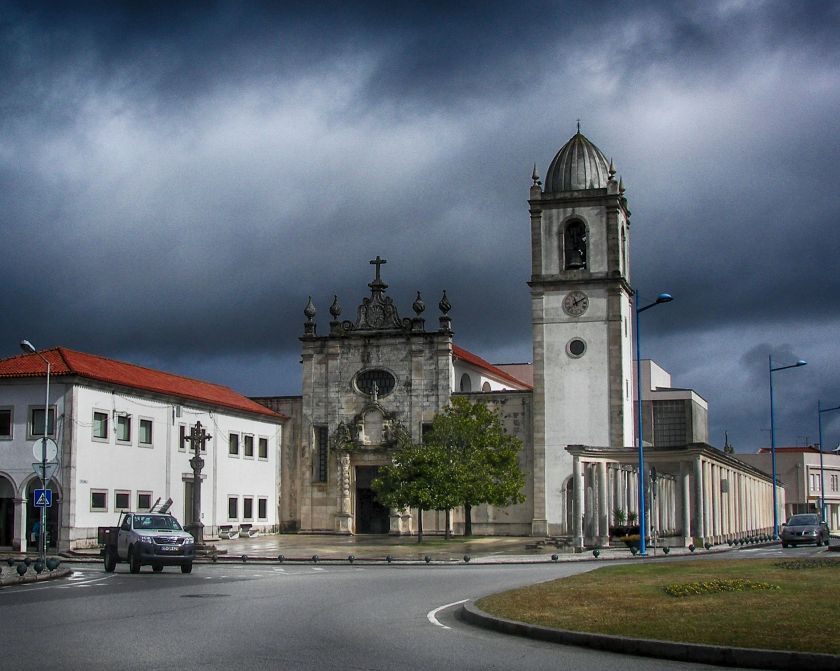 As I said, Aveiro is a beautiful city.  Like a lot of Portuguese cities, Aveiro has some great displays of azulejos.  A prime example is the estação, or train station, of Aveiro.  Opened in 1916, the station is covered with the famous blue tiles, which display scenes from around the Aveiro region.  It’s undergoing a renovation, but it’s still quite a sight.

There are also very nice art nouveau examples throughout the city.  This building was across the street from our hotel, and has some beautiful tile work as well. 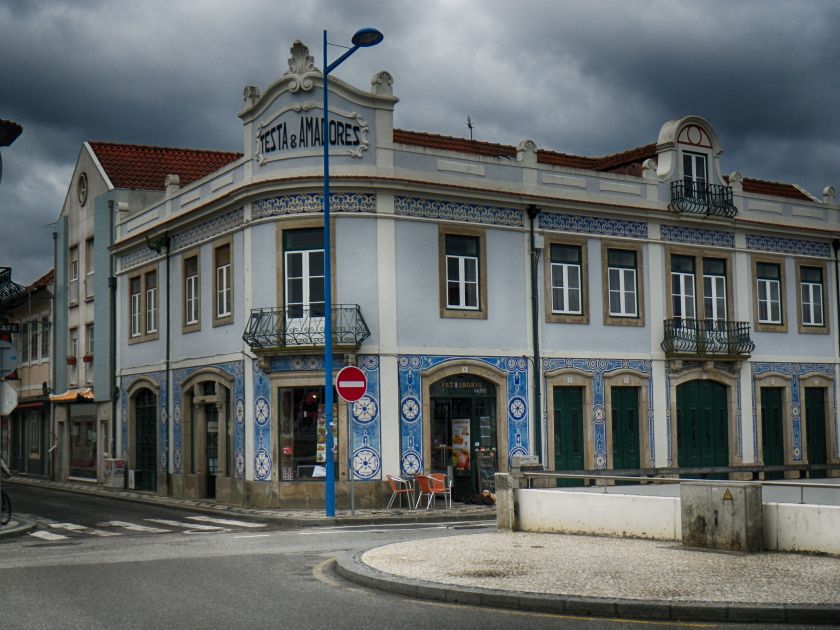 Another Portuguese architectural tradition I really like is the use of patterned stone to pave roads and sidewalks.  Known as calçada Portuguesa, the tradition goes back to Roman times and is common throughout the country.  Praça da República is a great example of the art of the pavement.

There are a lot of beautiful parks in the city as well.  Parque Dom Pedro Infante, or the City Park, is a great place for a walk.  It has a lot of interesting things to see as well as duck ponds, benches and walking paths.  Ann Marie took this beautiful photo.

There’s a lot of street art in Aveiro as well.  Graffiti and street art are common in cities throughout Portugal.  Here’s an example from near the Aveiro train station.

We really enjoyed our time in Aveiro.  It was one of our top stops in Portugal.  While the canal area is quite touristy, most of Aveiro is quite nice.  It’s very walkable, with lots of nice restaurants, shops and things to do.  It’s just a few minutes from a couple beaches and less than an hour from Porto or Coimbra.  And, to top it off, it has some spectacular sunsets…