When I was eleven years old I went on a 50-mile hike in the Black Hills of South Dakota with my boy scout troop.  In addition to a week of hiking and camping we took a drive through Customer State Park, where we saw  bison and antelope, we took a swim in the pool at Hot Springs, we visited Badlands National Park, and we stopped at Wall Drug, famous for offering free ice water to visitors (we saw a Wall Drug sign in Amsterdam, Holland), and we made a trip to Mount Rushmore.  Forty-six years later I still think of the trip as a great experience.

It’s also when I received my first camera.  My parents bought a Kodak Instamatic camera for me similar to this one.  I had a couple 126 film cartridges.  Not really knowing what we were buying, one of the rolls was slide film.  Most of the photos were not very good.  This photo was scanned from the original slide.  After forty-six years it took a lot of work to clean up the scratches and dust, but it’s not a bad photo.  Let’s just say it’s my first successful attempt to document my travels. 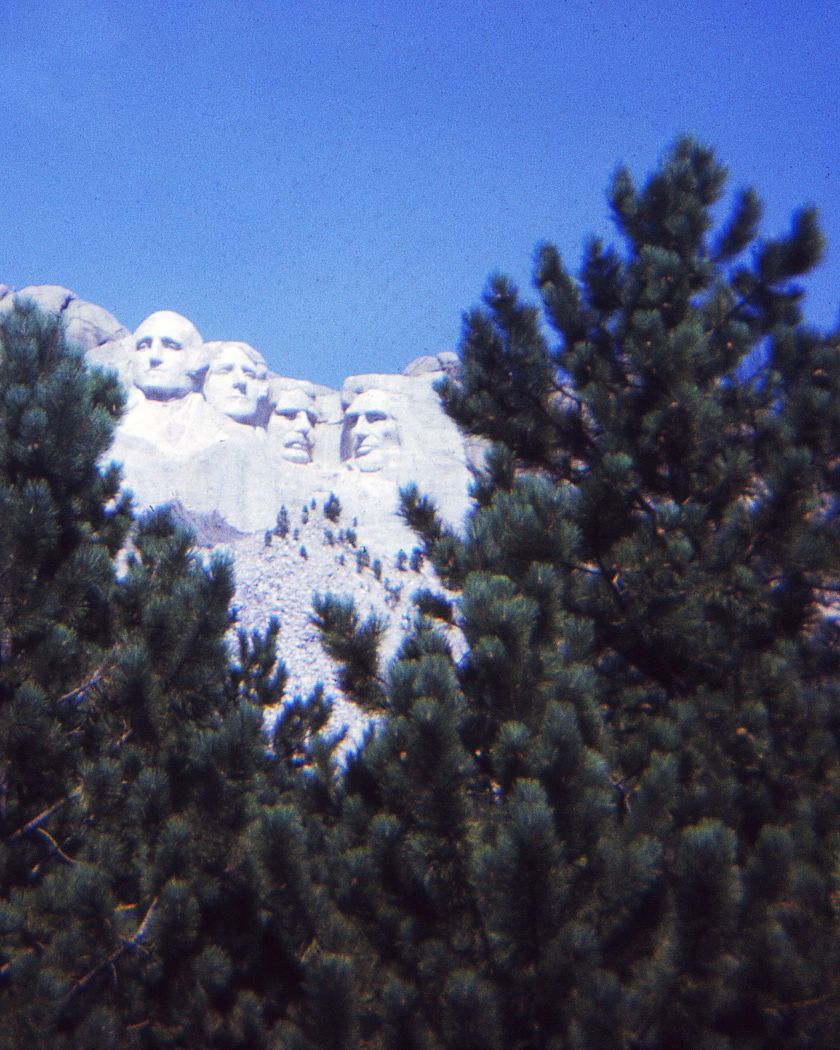