Located across from the Santa Clara Bridge, Largo da Portagem is the main square in Coimbra and a central gathering place.  The name comes from the fact that in the old days, goods coming into Coimbra from the south were taxed in the square.

The beautiful little square features the beautiful monument to Joaquim António de Aguiar, an 18th century politician and Coimbra native.  Interestingly, he was best known for signing into law an order that dissolved all church-run monasteries, convents and colleges, effectively extinguishing the great power that the church held in Portugal, turning the power over to the government instead. 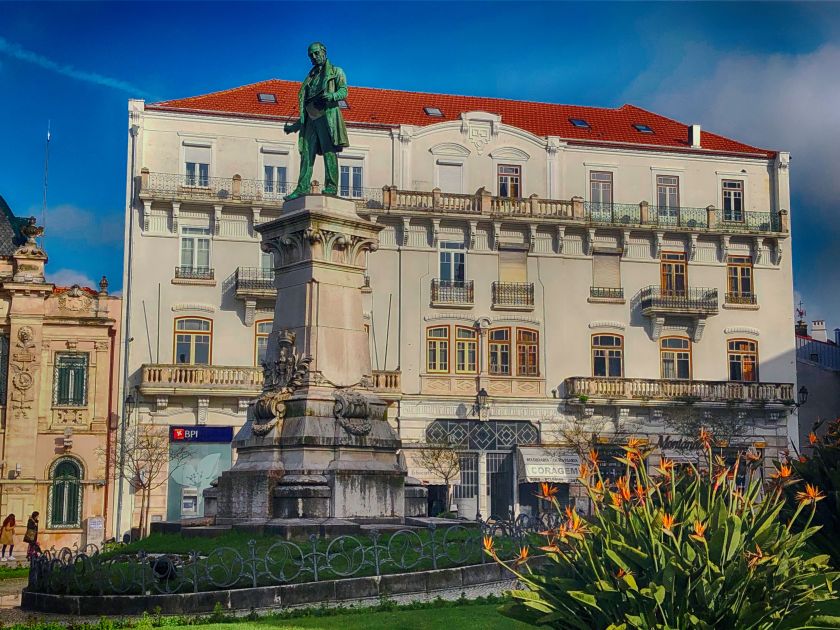