I’ve always been a baseball fan.  I grew up in the era when giants like Hammerin’ Henry Aaron, Say Hey Willie Mays and the great Roberto Clemente roamed the turf and giant killers like Nolan Ryan, Tom Seaver and Bob Gibson battled them with arms that could fire a baseball over 90 miles per hour.

My favorite teams are the Earl Weaver led Baltimore Orioles, the Amazing Mets of 1969 and the New York Yankees, who have provided decades worth of the kind of baseball that legends are made of.

I made this photo about 30 years ago, when I was toying with still life photography.  The glove, bat and ball are actual equipment that I used during my youth.  The cards are replicas of classic baseball cards.  The uniform was also mine when, as an adult, I moved to a kinder and gentler version of the game, slow pitch softball.

I’m looking forward to this year’s All Star Game.  While I haven’t kept up with the players of today with the same zeal that I had for the players of my youth, I still love the game. 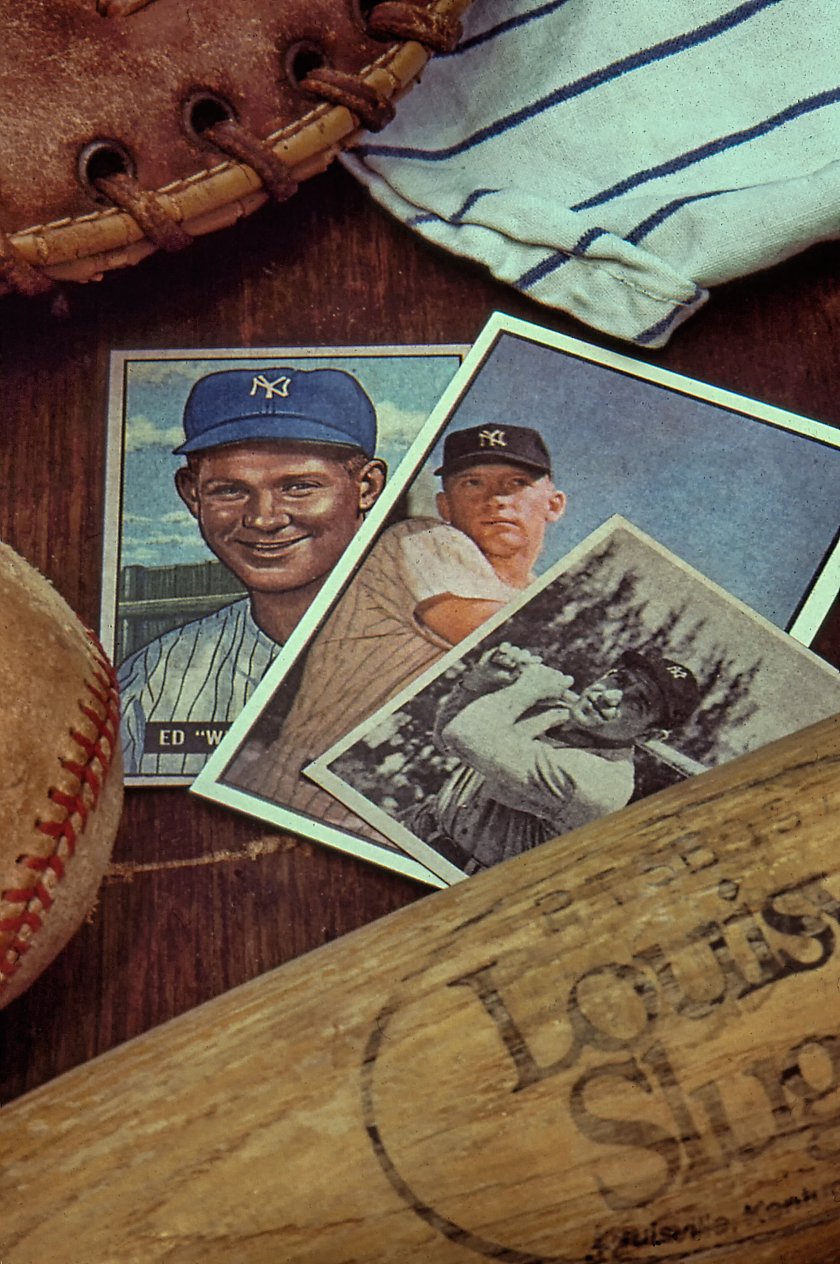