We visited Canada’s Yukon Territory in May of 2016.  The Yukon is the least populous of Canada’s provinces or territories, with just under 36,000 residents.  We were part of a cruise ship excursion up the Klondike Highway, from Skagway, Alaska, to Carcross, Yukon.

What struck me about the Yukon was the natural beauty of the territory.  I expected a cold, barren place and, instead, found wildflowers, greenery, and huge snow-capped mountains.

An example of the beauty of the Yukon is Emerald Lake, just up the highway from Carcross.  The lake gets its name, obviously, from the bright green color of the water.  The color comes from sunlight reflecting off white deposits of marl, a mixture of clay and calcium carbonate, which was deposited here by glaciers many thousands of years ago.

It’s a stunning sight, and well worth the trip. 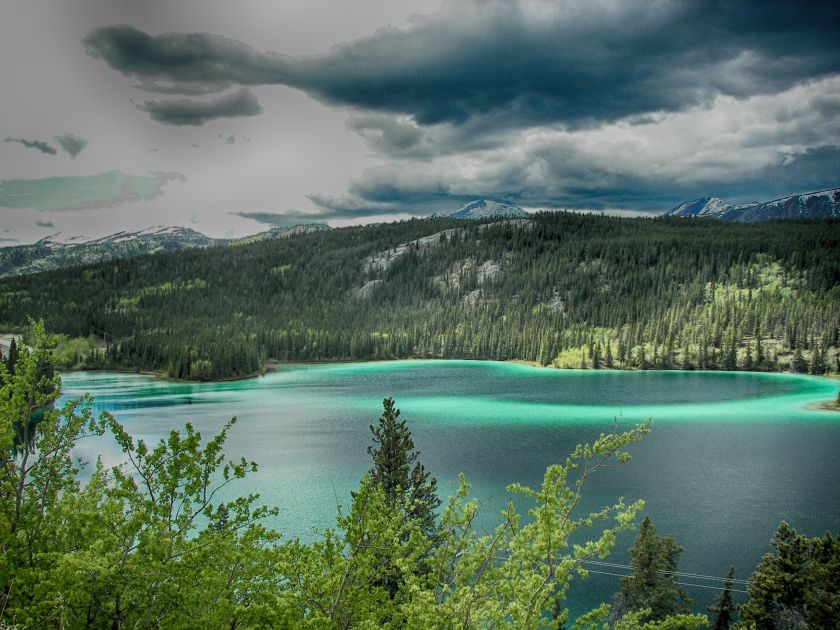