The Fortress of Saint Michael the Archangel serves as the dividing line between the two personalities of Nazaré, Portugal.  To the south, where this photo was taken from, sits Nazaré.  It’s a bustling town with a beautiful beach, and a popular destination for vacationers.  During the summer the beach is crowded with sun worshipers.

To the north of the fort is Praia do Norte, a beach with a remote, wild feel and home to some of the world’s biggest waves.  The reason for the difference between Nazaré beach and North beach is a huge underwater canyon just north of the promontory where the fort stands guard.  The canyon acts as a funnel for the currents and focuses their energy to create waves that approach 100 feet in height.

The fort was built in the sixteenth century as defense against the pirates who preyed on the coastal villages.  It has been rebuilt and renovated several times over the centuries and a lighthouse was added in 1903.  Today the fort houses a surfing museum and is a great place to watch the world class surfing happening on Praia do Norte. 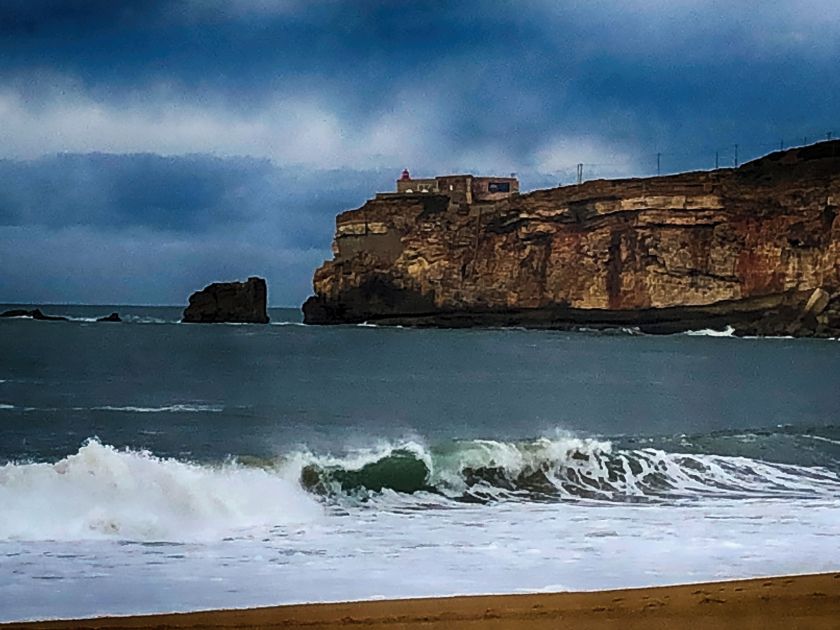