In February 1899, towards the end of the Klondike Gold Rush, eleven men founded the first Arctic Brotherhood in Camp Skagway, one of the starting points into the Klondike.  By the Summer the Arctic Brotherhood Hall had been erected as their meeting place.  The Hall was needed; a month after it was formed the Brotherhood’s membership had swollen to over 300 men.

The Arctic Brotherhood was more than just a drinking club for the men of the Klondike.  Despite initial objections by the churches, the citizens of Skagway soon found that the Brotherhood took care of its sick members, buried their dead and worked to improve the educational and social systems of the mining camps.  The preamble to the Brotherhood’s constitution states:

“The object of this organization shall be to encourage and promote social and intellectual intercourse and benevolence among its members, and to advance the interests of its members and those of the Northwest Section of North America.”

The Arctic Brotherhood proved so popular among the men of the Northwest that 32 camps were eventually established across the North and more than 10,000 men called themselves Arctic Brothers.  They included miners, businessmen, doctors, lawyers, government officials, American Senators, Canadian Members of Parliament and celebrities.  Among its honorary members were King Edward VII and American Presidents Warren G. Harding, Theodore Roosevelt and William McKinley.

The Arctic Brotherhood lasted into the 1920s, long after the Klondike Gold Rush had faded into history.  Today, the building is home to the Visitor Information Center, hosted by the Skagway Convention & Visitors Bureau.

The building is one of the most photographed buildings in Alaska.  The facade is covered with over 8,800 pieces of driftwood collected by the Brotherhood’s members and nailed to the facade in a checkerboard pattern.  The letters A and B, the name Camp Skagway No. 1 and the date of its founding, 1899, all made of driftwood, designate the building as the membership hall of the Arctic Brotherhood.  It’s a unique and beautiful piece of American History and one you shouldn’t miss if you visit Skagway. 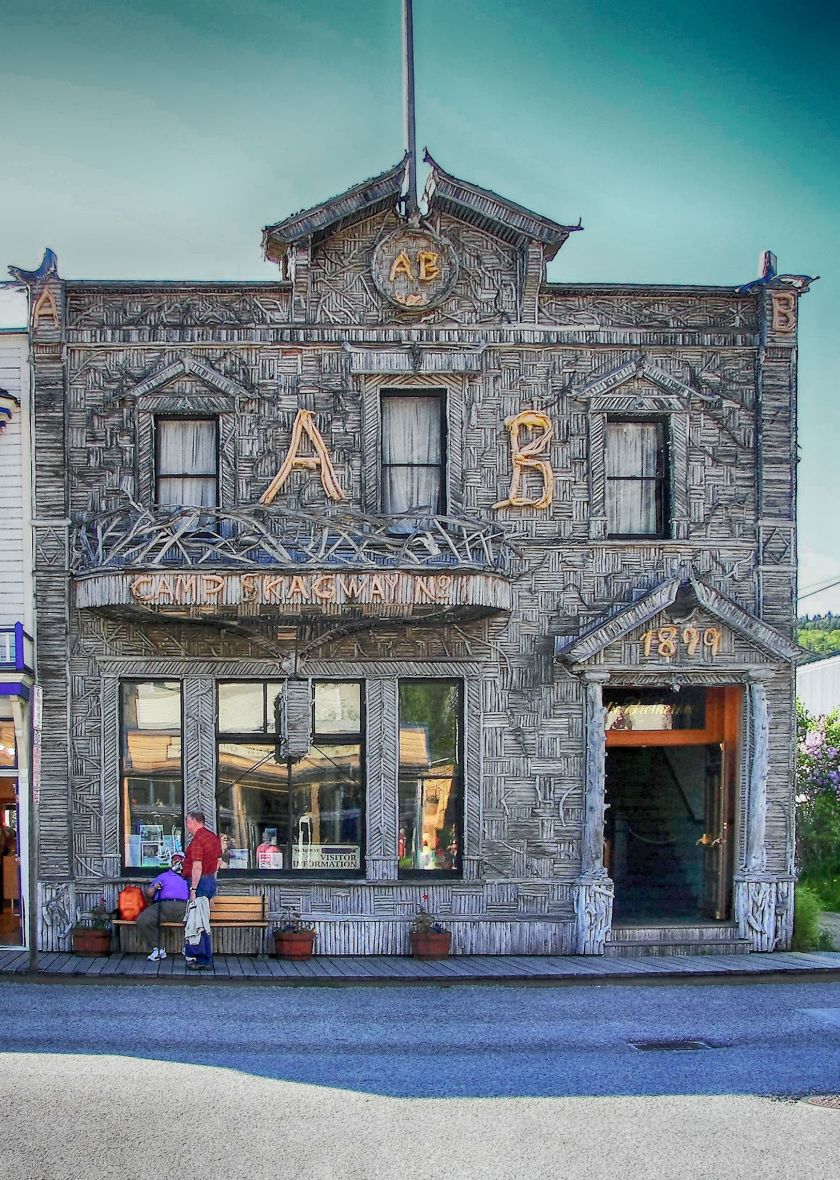