We were able to spend a couple days in Aveiro, Portugal in March.  It was our first trip to Portugal and we were exploring cities that we felt we can retire to.  Aveiro is on the short list.

First, the details.  Aveiro is a city of approximately 80,000 people in the Centro region of Portugal.  Once an important city for salt and seaweed harvesting, Aveiro is now better known as a popular tourist destination.  Known as “the Portuguese Venice,” the coastal city is built around a couple canals where former salt and seaweed harvesting boats called moliceiros now carry tourists along the river.

Now, a tourist attraction isn’t what we’re looking for as a place to make a new life.  That being said, Aveiro had a lot that appealed to us.  First, it’s a beautiful city.  Aveiro is famous for its art deco and art nouveau architecture, so the buildings are quite interesting.  There’s plenty of calçada, the wonderful patterned pavements of Portugal, and azulejos, the blue and white tiles common throughout the country. 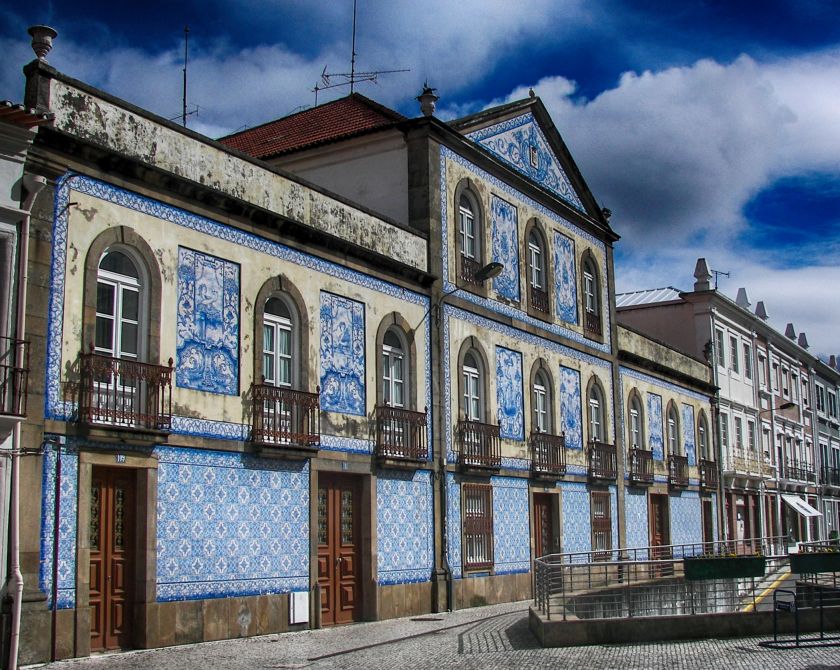 Aveiro also has plenty of green space.  One of our favorites was the Parque Dom Pedro Infante, also known as the City Park.  It’s a beautiful place just a few blocks from the canals and a wonderful place to spend time.

Culturally, there’s a lot to do.  Aveiro is home to the University of Aveiro and, as you’d expect, there’s plenty of things to do to keep the 15,000 students entertained.  The Museu de Aveiro was once a monastery and home to Aveiro’s most famous resident, Princess St. Joana.  It has a great collection of sacred art.

There are plenty of good restaurants.  Being a coastal city, seafood is plentiful in Aveiro.  One specialty in Aveiro is eels from the lagoon.  We didn’t try them, but we did go for the city’s famous sweet, ovos moles.  It’s a tasty mixture of egg yolks and sugar.  Ovos moles are served either in small shell-shaped casings or in small wooden barrels.  We opted for a barrel and shared.

We also found a great little cafe for breakfast and a popular hamburger joint, both just minutes from the canal.

There were a few things we weren’t able to experience in our limited time in Aveiro.  There are two popular beaches  just outside town.  The Estádio Municipal de Aveiro is a 32,000 seat stadium that occasionally hosts the national football team and Portuguese Super Cup games.  The Teatro Aveirence is an entertainment hall showing movies as well as putting on concerts and plays.

Aveiro made quite an impression on us and is one of the cities at the top of our list for potential retirement destinations.  We enjoyed the city and I can’t wait until we can make it back to explore it in more depth.