This beautiful monument sits in a small park in front of Mercado Ferreira Borges and just a stone’s throw from Church of São Francisco and the Bolsa Palace.

Henry was the son of King John I of Portugal and his wife, Phillipa of Lancaster.  Although he left Portugal only once, during the Portuguese conquest of the Moroccan  city of Ceuta, Henry became famous as the initiator of the Portuguese Age of Discovery.  From his palace at Sagres, Henry sponsored many voyages to explore the seas and to claim the newly discovered territories in the name of Portugal.

Among the discoveries made by Portuguese ships were Madeira, the Azores, and Cape Verde.  Henry lived long enough for one of the ships to be the first to round the Cape of Good Hope, at the southern-most point of Africa.  Henry’s influence continued long after his death.  Nearly 40 year after his passing, Vasco da Gama became the first European to reach India by sea.  Just two years later, a Portuguese caravel piloted by navigator Pedro Álvares Cabral reached Brazil.

The monument is a suitable tribute to one of Portugal’s greatest heroes. 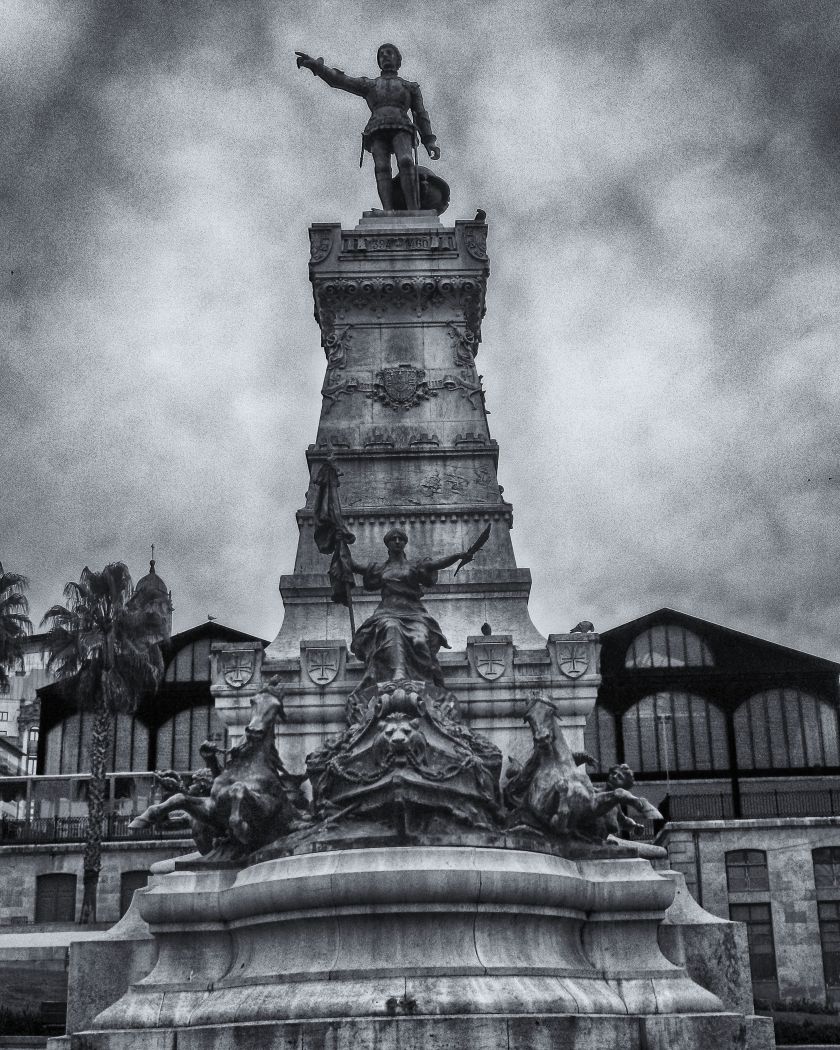