Cigar store Indians have an interesting history.  Because many people in the 17th and 18th centuries could neither read nor write, store owners used emblems or totems to advertise their wares.  A great example that still exists today is the striped pole seen outside many barber shops.  Because American Indians introduced tobacco to Europeans, the image of a Native American became the symbol of tobacconists.

Unfortunately, many of the artisans who created the statues had never actually seen a Native American.  The cigar store Indians, for the most part, looked nothing like a Native American.  Many have dark skin and features associated more with people of African or Asian descent.

The Abby Aldrich Rockefeller Folk Art Museum, in Williamsburg, Virginia, has a nice collection of these advertising icons. 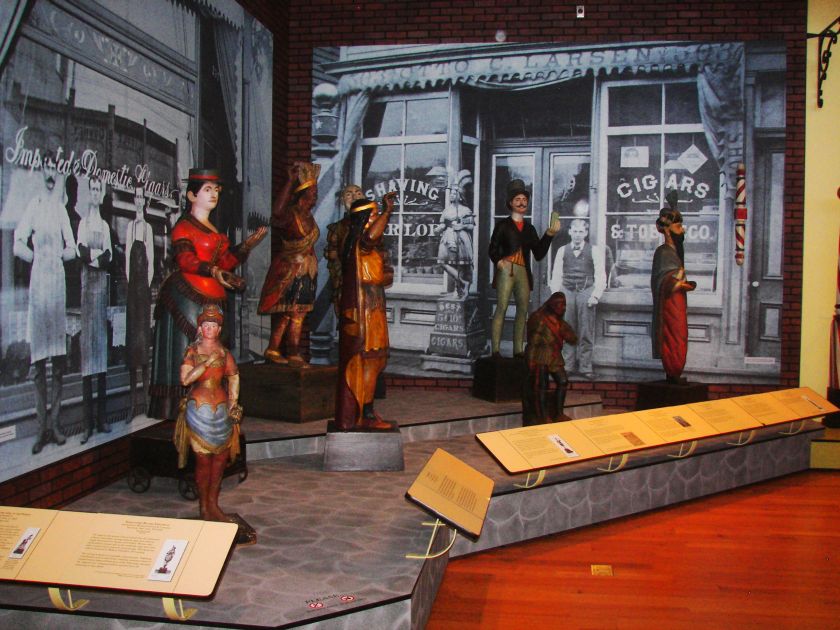