I usually learn something new when I post one of my photos, and this time is no exception.  This beautiful old fountain, located in the Praça da Republica, designed by João Lopes the elder,  dates from 1554 and was once the primary source of water for Viana do Castelo.  The fountain is carved from granite and situated at the top is an armillary sphere and a cross of the Order of Christ.

What, I asked myself, is an armillary sphere?  Simply put, it’s a three dimensional map, if you will, of the stars and other celestial bodies, with the earth as its center and the rings representing longitude and latitude.  It was an important navigational instrument during Portugal’s Age of Discoveries, having been introduced to Henry the Navigator by the Knights Templar, at the time known in Portugal as the Order of Christ.  The armillary sphere is a common element in manueline architecture and features prominently on the flag of Portugal.

To the right of the fountain is the Igreja da Misericórdia.  The original church was built in the late 16th century and was also designed by João Lopes the elder.  In the early 18th century, the original church was mostly demolished during renovations and was replaced by the beautiful structure you see in the photo.  My favorite part of the structure are the two rows of caryatids that help support the facade.

Viana do Castelo was one of our favorite places on our visit to Portugal.  Our long term goal is to retire to Viana do Castelo.  I can’t wait for that day to come. 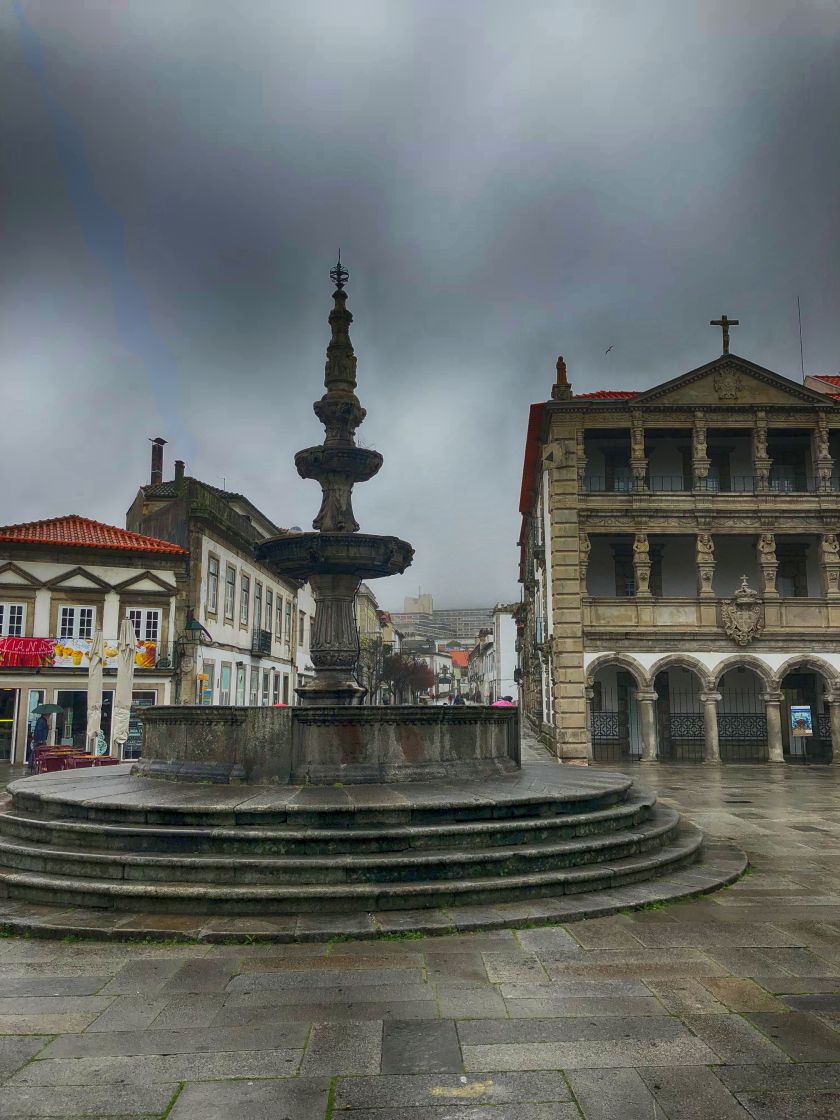