Like the Biltmore House in my home state of North Carolina, it gives you a glimpse of the grandeur of the lives of the richest and most powerful people of their times. There are innumerable beautifully furnished spaces throughout the palace.  You can spend hours exploring the rooms.  There’s even a small museum of modern art in the palace.

This room is an example of the beauty of the palace.  The heavy stone and wood construction is juxtaposed against richness of the wonderful tapestries.  The beautiful vases are probably three feet tall.  It’s a stunning collection of riches. 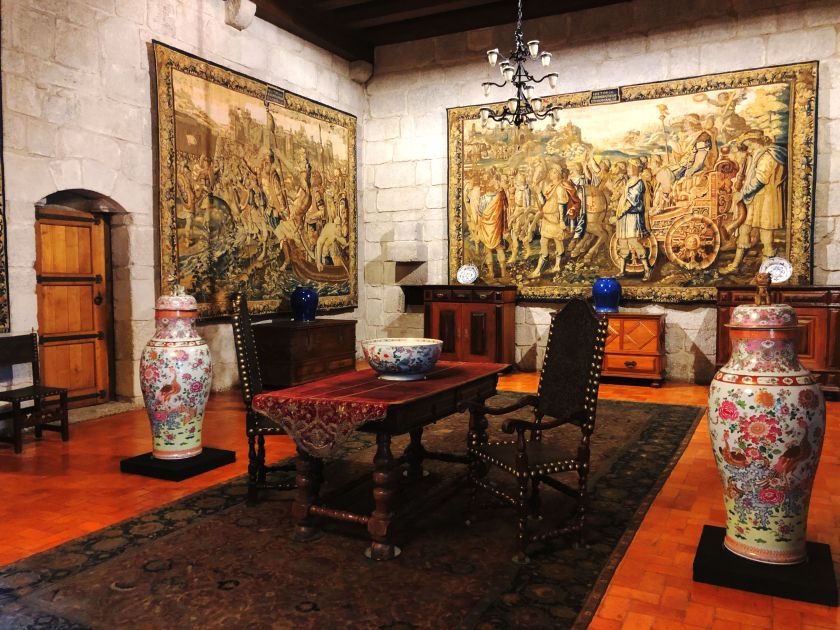