John Augustus Roebling, the bridge’s designer, was seriously injured before construction actually began, when his foot was pinned against a piling by a ferry while he was conducting surveys for the project.  Roebling developed tetanus from the injury and died in 1869, the year construction began.

Washington Roebling, the son of the designer, was designated to take his father’s position as lead engineer in what was, at the time, the largest engineering project of the time.  The younger Roebling became seriously ill from decompression sickness shortly after construction began and, for the next dozen years, supervised the construction of the bridge from his apartment, which overlooked the site.

He was assisted by his wife, Emily Warren Roebling, who did many of the complicated mathematical calculations required to make the great bridge come to life and acted as a link between the on site supervisors and her disabled husband.  Emily Roebling helped supervise the construction of the bridge for the next eleven years and, when the bridge opened in 1883, she was the first person to cross the bridge.

Interestingly, the two towers that support the bridge contain vaults that were rented out by the city to help fund the construction of the bridge.  Because of the constant temperature of the vaults, they were uniquely suited for the storage of wine.  How’s that for making use of available space?

The Brooklyn Bridge handles both automobile, bicycle, and pedestrian traffic.  For more that 135 years the bridge has been a major thoroughfare in the city.  More than 4,000 pedestrians and 3,100 cyclists cross the bridge each day.  It’s a beautiful structure and a remarkable feat of engineering. 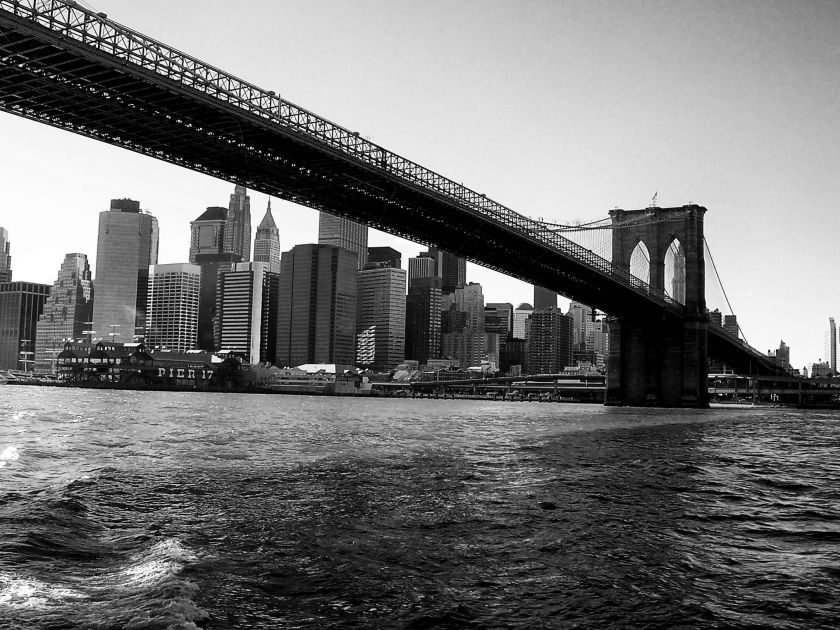