Gil Eannes was one of the Portuguese navigators who, with the support of Henry the Navigator, expanded the known world and turned Portugal into the premier world power of the 15th century.

In the early 15th century, Cape Bojador, on the western coast of the Kingdom of Morocco, was considered impassible.  Upon reaching this western-most point of Africa, sailing ships found themselves pushed away from the coast by strong northeastern winds.  Navigational tools and charts were either non-existent or very primitive.  Early navigators sailed mostly by sight, using the coast as a guide.  The wind, which pushed them away from the coast into open waters, was terrifying to the men attempting to round the cape and most of them turned around rather than risk losing sight of land.

Finally, in 1434, Eannes and his crew became the first Europeans to cross this barrier.  This was a major achievement and opened the way for the Portuguese to explore and to colonialize Africa and eventually led to Vasco da Gama’s journey to India.

Portugal is rightfully proud of their role during the Age of Discovery.  Henry the Navigator and his navigators da Gama, Magellan, Eannes and others are national heroes.  Eannes is pictured on several Portuguese postage stamps like this one from 1945. 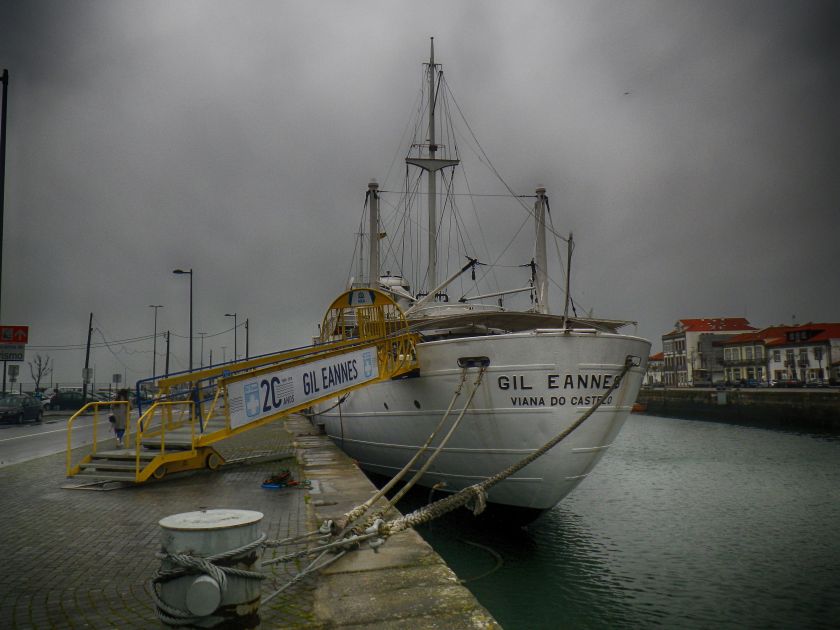