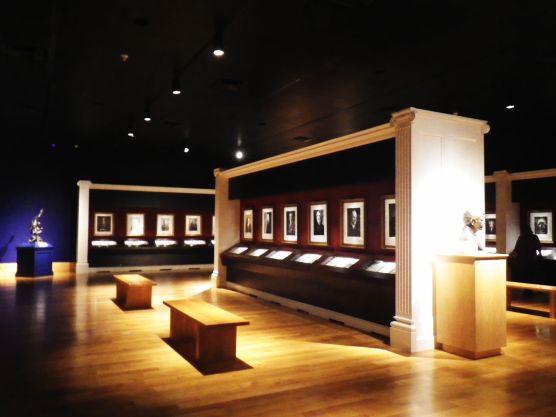 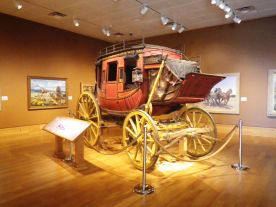 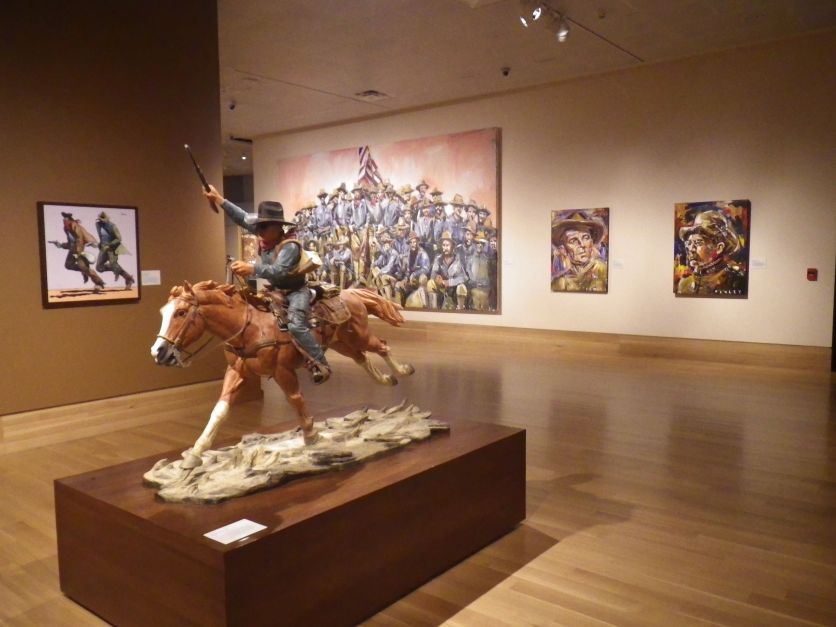 This photo was a happy accident.  I have hundreds of photos, many of which are nothing special.  I was experimenting with this using Color Efex Pro 4, a part of the NIK Collection, a series of plugins for Photoshop.  I usually just use the plugins to clean up and enhance photos; it’s rare that I radically change a photo.  In this case, though, I was able to take an ordinary photo and turn it into something much more dramatic. 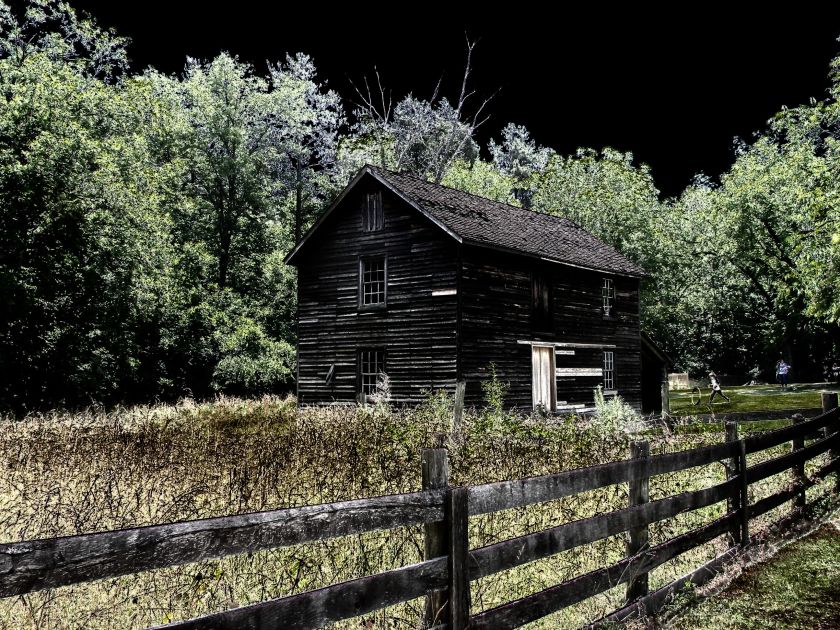 Beauty can be found anywhere.  This floral arrangement was in our room at the wonderful Whistle Stop bed & breakfast in Louisa, Virginia. 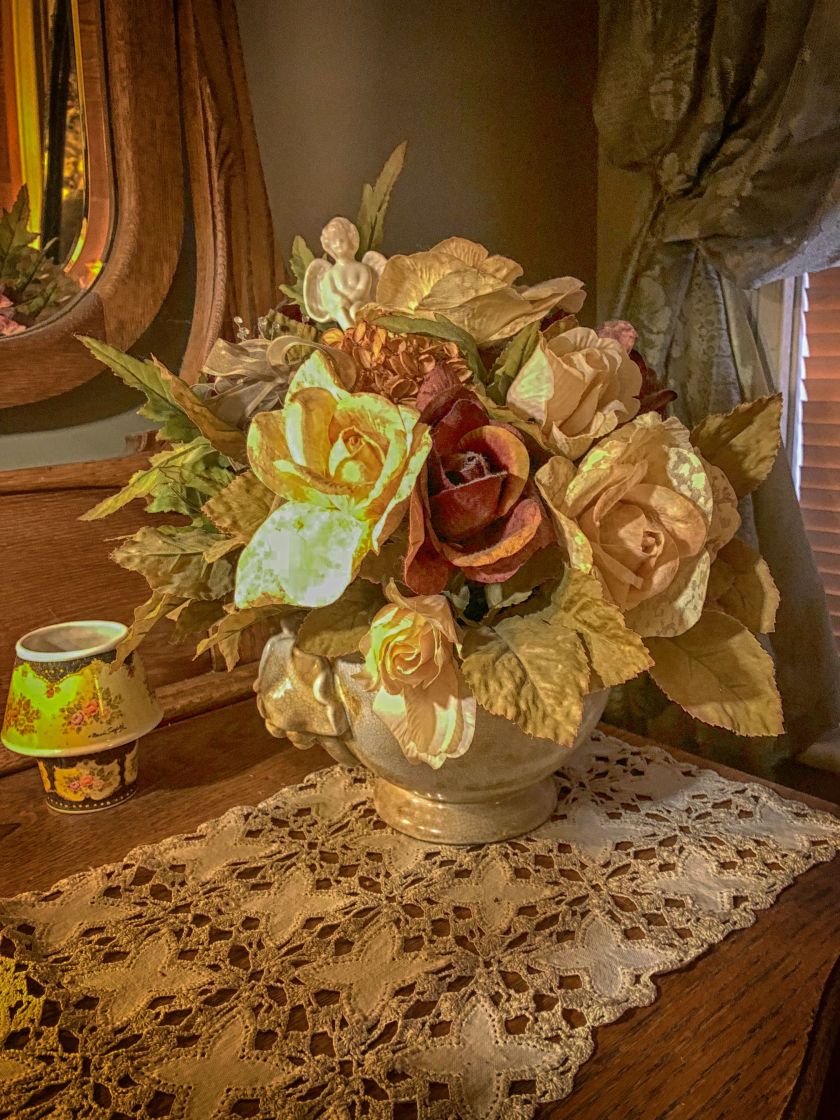 Portugal is full of beautiful and wonderful sights.  From the beaches of the Algarve to the wilderness areas of the Minho, beauty is found everywhere.  Porto is home to one of the most beautiful railroad stations in the world.

The Convent of São Bento da Avé Maria originally stood where the São Bento Station now sits, but the original convent was destroyed in a fire in the 18th century and the rebuilt convent was in a state of disrepair when the decision was made to raze the convent and to build the station.

Porto architect José Marques da Silva was chosen to design the station.  The French Beaux-Arts was opened in 1900.  The exterior is quite striking.

The interior of the station, though, is what puts the São Bento Station on the list of most beautiful railroad stations.  Between 1905 and 1916, renowned artist Jorge Colaço covered the walls of the station with hand painted azulejos depicting historical events and scenes from around Portugal.  Colaço created many works of art throughout Portugal but São Bento Station is arguably his best work.

While most of the artwork are the blue and white tiles most commonly used, the top border is a mural of polychromatic tiles depicting the history of transportation.  One of the larger murals depicts Infante Dom Henrique’s victory at the battle of Ceuta.

Another mural celebrates the marriage of João I to Philippa of Lancaster.  The murals are all quite beautiful.

It’s important to remember that the São Bento Station is a working railway station and is a major transportation hub in the north of Portugal.  It may look like a museum but it still serves its original purpose and moves a lot of people every day.

São Bento Station is a beautiful landmark and a can’t miss destination if you’re traveling in Portugal.

This bicycle was outside a wonderful little bed & breakfast called the Whistle Stop in Louisa, Virginia.  I love the way the colors of the old rusted bike now blend with the greenery growing around and over it.  It’s as if the man made materials are becoming part of Nature.

“It is said that “trees die standing tall”.  But, the leafy horse chestnut (Aesculus hippocastanum) that lived here in front of the Palace of the Dukes, and whose trunk “slices” are exhibited here, fell ingloriously on a stormy night in 2016.  The chestnut fell, but the magnificence of the trunk and the beauty of its wood deserved better fate than that of ending up heating someone’s home.

“So, we challenged the sculptor Paulo Neves to use his creativity, and his great wisdom, and sensibility to give life to the old trunk. And thus, this set of pieces was born, beautiful in their natural simplicity, open in their core, rough on their exterior, combining the lightness of the wood and the darkness of the bark and adorned with two parallel incisions in a dark shade.  The old trunk turned into art to be enjoyed by all those who come by”.

Everywhere we went in Portugal, there was art.  From magnificent paintings in the local church to street art painted on a wall, it’s evident that the people of this country love art.  I love this piece for its simplicity and the way Paulo Neves uses Nature itself to create art.  Beauty can be found everywhere, even in the ruins of an old chestnut tree.

I find carousels interesting.  Many of the animals were hand carved and are real works of art.  This one is from Myrtle Beach, South Carolina.  I love the weathering of the paint and the eyes on the horse are quite striking. 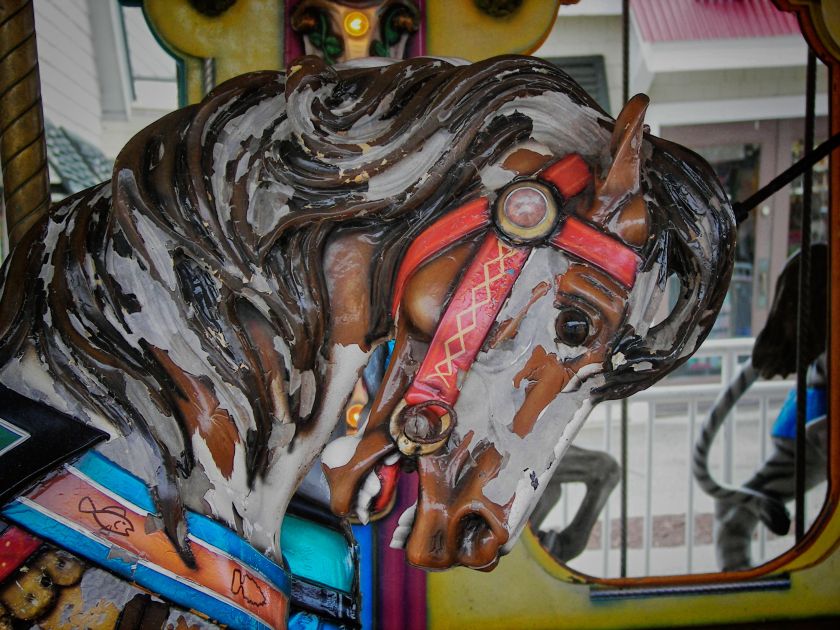 I find cemeteries beautiful and peaceful places.  The Cemitério Municipal de Aveiro is no exception.  We visited the cemetery, located behind the Cathedral, on a sunny March day. 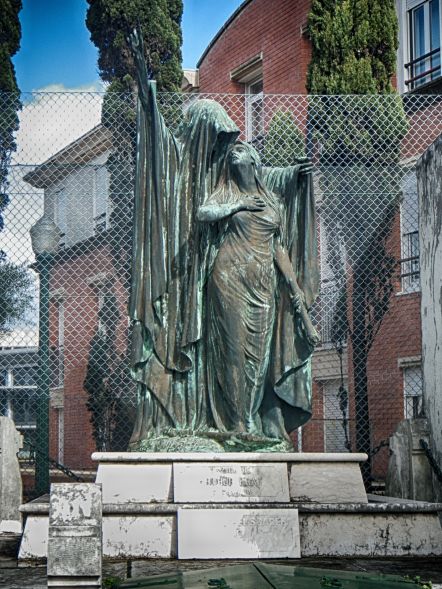 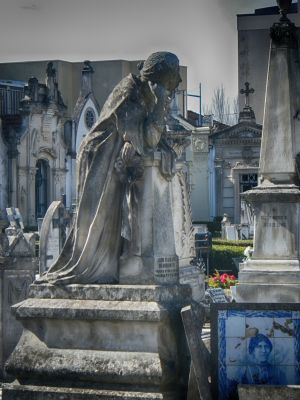 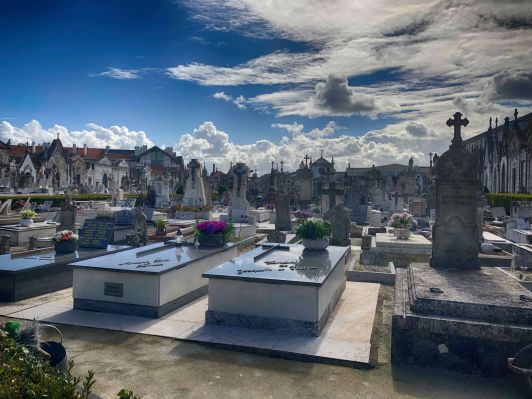 This beautiful painting is on a wall near the Aveiro Cemetery.  Aveiro has opened its arms to street art and there are a lot of incredible works scattered throughout the city.  This is just one of them.

Azulejos, the beautiful decorative tiles that adorn buildings throughout the country, are now synonymous with Portugal, but they have a history that spans several countries and cultures.  Of Moorish origin, the tiles were not only beautiful, they had a functional purpose as well, serving as insulators against the intense heat of the Mediterranean and North Africa.

Azulejos first came to Portugal from Seville, when Dom Manuel I, during his visit to the Spanish city, was struck by the beauty of the tiles.  Originally the tiles were of geometric or floral patterns.  Their use rapidly spread throughout Portugal, becoming a popular building material for the outside of buildings as well as being used to decorate the interiors structures.

As the popularity of azulejos grew, so did demand.  During the second half of the 17th century, Delft potter makers, whose blue and white pottery was already popular throughout Europe, began producing tiles.  The popularity of the Dutch tiles was such that they effectively created a monopoly and shut out many Portuguese manufacturers.  Dom Pedro II, alarmed at the rate that the Dutch tiles were taking over the market, banned all imports of azulejos between 1687 and 1698, allowing Portuguese artists to fill the void left by the ban.

Over the next few centuries azulejos remained popular in Portugal.  The influence of the Dutch tiles continued to be felt, as the blue and white tiles were the most commonly used, but more and more the tiles were used to depict scenes and tell stories.  Art Nouveau and Art Deco designs became popular in the early 20th century as artists such as António Costa and Jorge Colaço began to create works of art from azulejos.

From the stunning São Bento Station in Porto, featuring over 20,000 blue and white tiles, to decorative scenes featuring just a couple dozen tiles, azulejos can be found throughout Portugal.  This art form with an international history is now forever a part of Portugal.