The second port of call on our Alaska cruise was Juneau, the only state capital in the United States has no roads connecting the city to the rest of Alaska (there is ferry access for cars).  Nestled at the base of Mount Juneau and adjacent to Mount Rogers, Juneau may be the most beautiful capital city in the country.  Waterfalls tumble down Mount Juneau and mountain goats and dall sheep can frequently be spotted on the surrounding mountains.

My wife and I are dog lovers so we were excited to see the monument to Patsy Ann, a local legend named “the Official Greeter of Juneau, Alaska” by mayor Isadore Goldstein in 1934.  Although deaf from birth, Patsy Ann could unerringly sense when a ship was arriving and the dock where the ship would moor.  Although owned and cared for by a local dentist, Patsy Ann was more of a dog about town, making her rounds to the shops and businesses around the docks and eventually choosing to live at the Longshoreman’s Hall.  She continued her job of official greeter until 1942, when she passed away at the age of thirteen.  Upon her death her coffin was lowered from the dock into the Gastineau Channel near where her monument stands.

The weather was beautiful on the day we visited Juneau and we had a great time on our excursion, a whale watching tour on Stephens Passage and a visit to Mendenhall Glacier.  The whale watching tour started at Auke Bay and there was a short bus ride to get there.  On the way we saw one of the most remarkable sights of the trip.  We passed over a small creek and saw about fifty eagles standing at the edge of the creek.  As an Easterner who thinks seeing one eagle is a special event this was amazing.

The whale watching tour was great. Although it was very early in the season we quickly located a pod of six orcas.  We also saw several humpback whales, a group of stellar sea lions and several eagles. 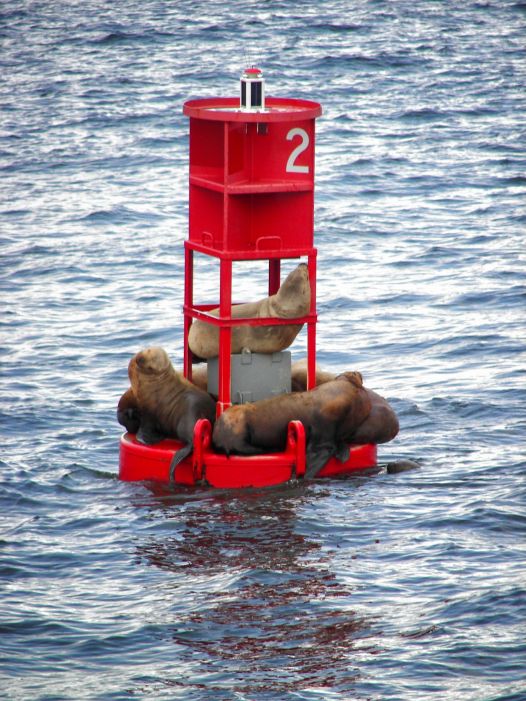 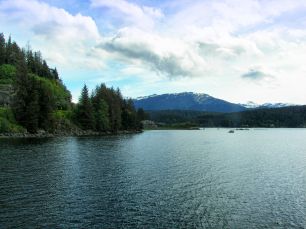 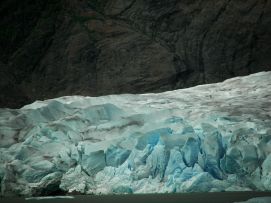 After our visit to Mendenhall Glacier we returned to Juneau for a quick visit to the Red Dog Saloon, recognized by the Alaska Legislature as the oldest man-made tourist attraction in Juneau.  We sat at the bar and had a great view of the memorabilia displayed on the wall, including a gun that Wyatt Earp checked but failed to claim on his way out of the bar.  With live piano music, the bar was a fun place to enjoy lunch with a beer, or in my wife’s case, a duck fart, Alaska’s original layered shot named for the sound you make when you drink it.  Red Dog Saloon is very touristy but a fun time was had  by all.